Press enter to begin your search

It was the summer of 1791 when Wolfgang Amadeus Mozart was commissioned to write a Requeim Mass by a grim, mysterious stranger. The name of the patron could not be revealed. Mozart was already gravely ill, and as he composed the Requiem he was tormented by visions of the stranger, who would make occasional visits to make sure that the work was progressing.

Mozart’s condition kept deteriorating, and he began to believe that he had been poisoned. By late November, he was bedridden, but he tried desperately to finish the Requiem. He died at about 1am on December 5. They say that as he passed away he was playing, with tears in his eyes, the “Lacrimosa,” the last part he as able to compose.

Why do we cry?

Lacrimosa is an investigation of the act of crying in which tears are seen as a material manifestation of the human being’s capacity for affect and emotion, with the act of weeping occupying a place among the mysteries of human psychology.

The sophisticated optical and technological process of the interference microscope has helped Sasha R. Gregor to produce photographs of individual tears, with each of them becoming a symbolic, conceptual portrait. The specific circumstances that brought about the shedding of each of these tears (whether they are of emotional origin or result from exposure to irritants), their chemical composition (proteins, lipids, enzymes, metabolites, electrolytes, etc.) and other physical and environmental factors are weaved together to reveal a unique landscape of colors and forms and to offer us a direct window into the act of crying.

The photomicrographs in Lacrimosa were taken using a Nomarski interference photomicroscope. All the images were captured with a magnification factor of 2000 and under the same lighting (diascopic halogen light), and none underwent any color-altering digital treatment. The various hues of each tear result only from optical coloring produced by the interference contrast technique, and they are a function of the composition and topography of the salt precipitate in each tear.

Recent biochemical studies of tears have shown that the concentration of proteins also varies in accordance with whether the tear was caused by an emotion or by an irritating agent (a foreign particle, the wind, a physical impact or contact with a chemical substance). According to the clinical studies published by Johnson D., Hoffman and McGee, the concentration of proteins is 25% greater in tears of emotion than in those that are not psychological in origin. 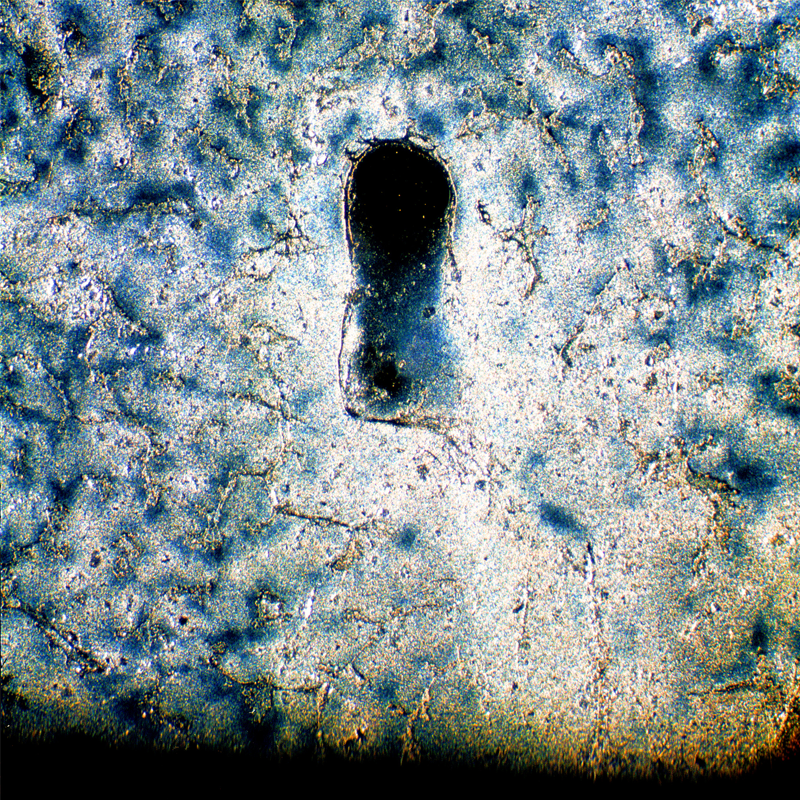 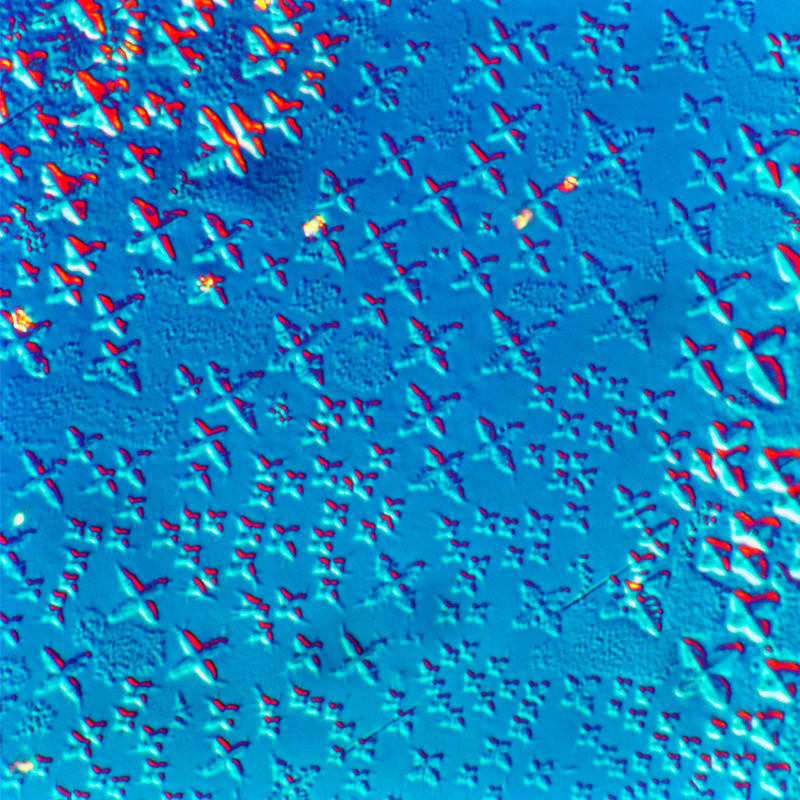 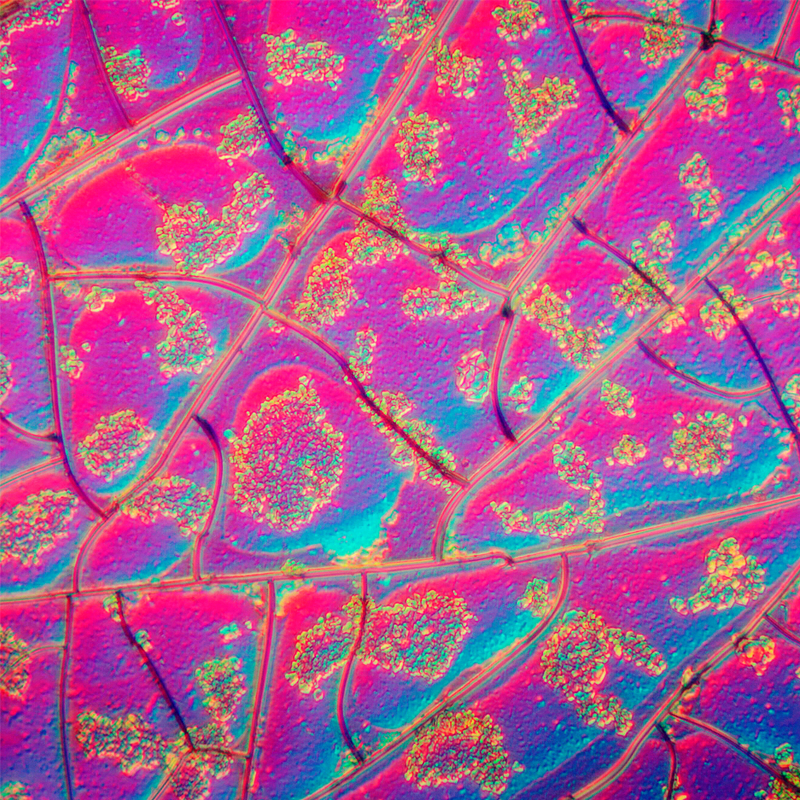 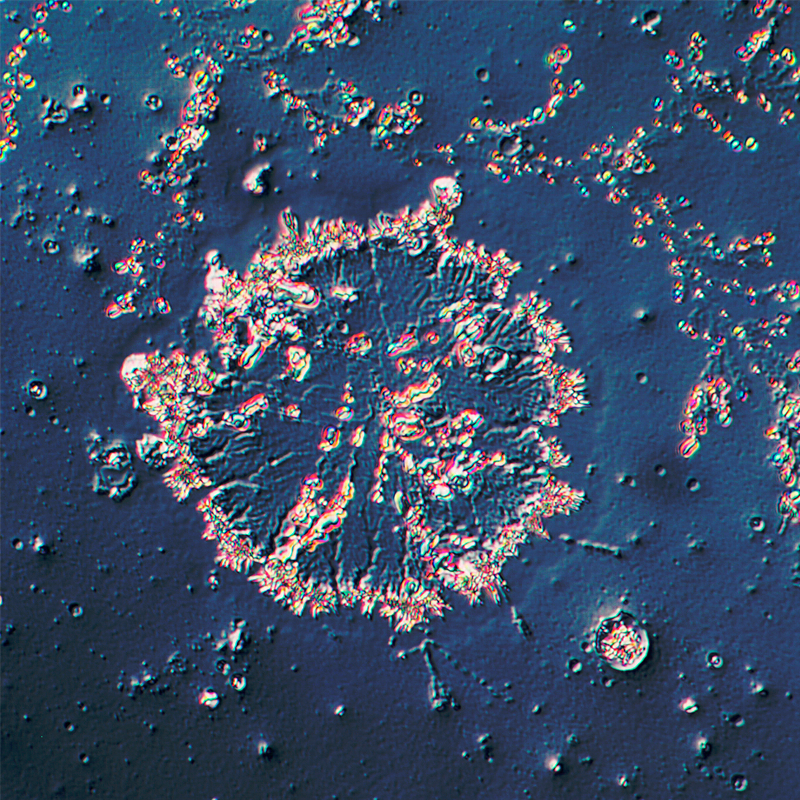 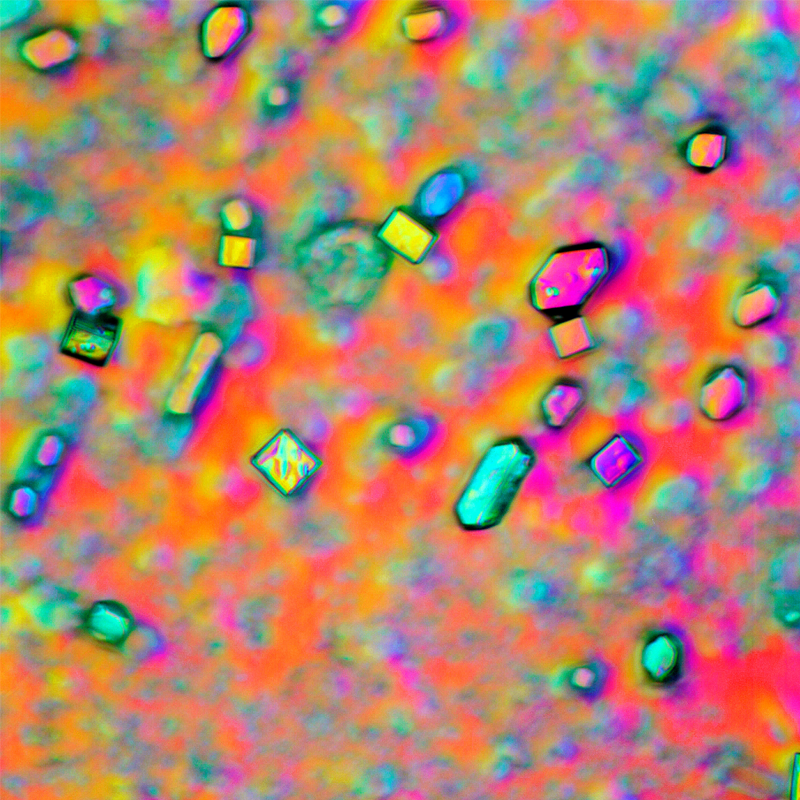 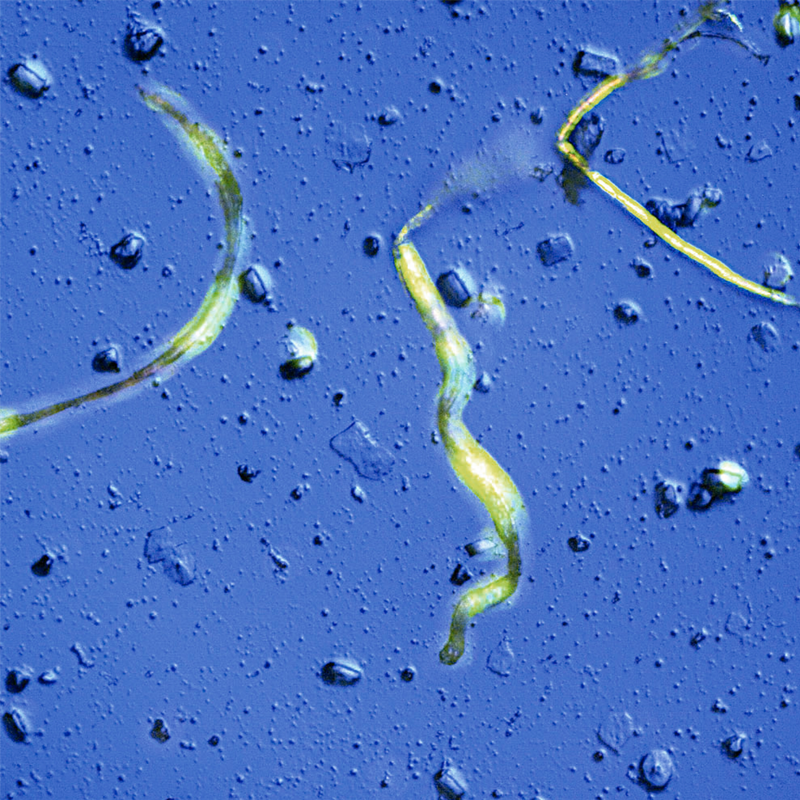 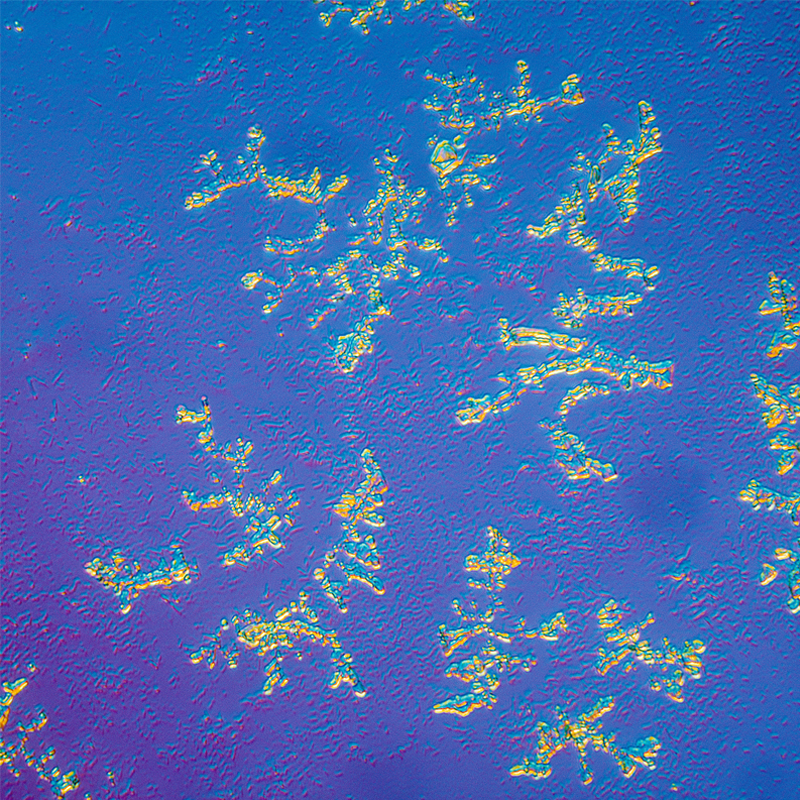 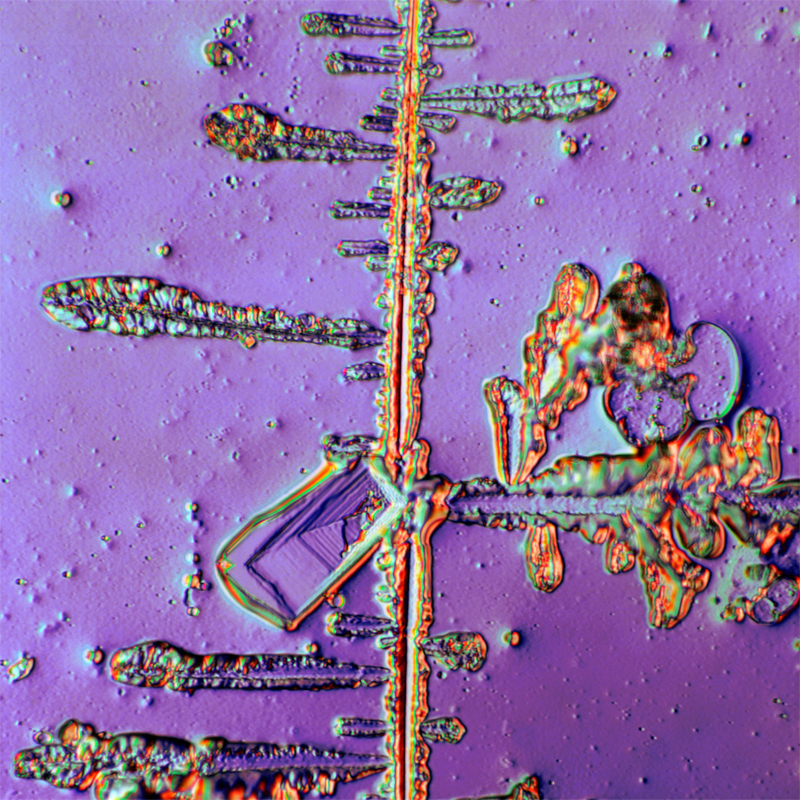